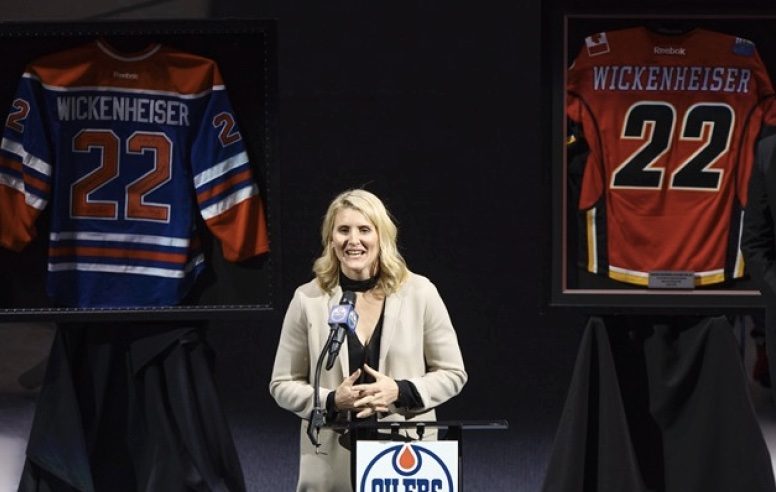 When Hayley Wickenheiser started playing hockey at a very young age, she wouldn’t know that not only would she influence Canadian hockey, but international hockey and bigger yet…create the opening for young girls to be included in the game, create their own leagues and better yet, over a 20 year period, make it completely normal for girls to play hockey.

“The greatest stride’s been made in the acceptance of girls playing the game,” says Wickenheiser. “Any little girl in this country can walk into a hockey rink and no one is going to think twice or look twice. There’s female hockey change rooms in a lot of rinks now.

“I remember when I was a kid, I hid in the bathroom and tucked my hair up so no one would know I was a girl. I just went through hell really, to play. Girls don’t have to go through hell anymore to play hockey.”

When two of your hockey mentors (A couple of the greatest – Mark Messier and Wayne Gretzky) introduce you at your retirement as one of the biggest contributors to the game of hockey and as the women’s Gordie Howe, you have reached the pinnacle of the game.

To hear more about a true trailblazer, read below:

Have a terrific Tuesday.