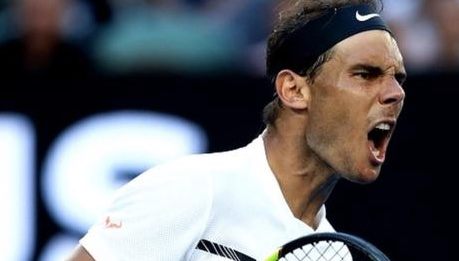 At the age of 35 years, what is considered beyond the twilight of his career, the legendary Roger Federer redefined himself again, by winning the Australian Open and his first Grand Slam Tournament in 5 years!

What made this final SO EPIC and SO SPECIAL was that the man on the other side of the net was his arch rival (and largely considered the 2nd best player ever – at age 30) and one of the most athletic players to every play tennis, Rafael Nadal.

They have played some of the most epic matches EVER in tennis and what many hard core fans will tell you is that this match was a huge surprise and unbelievably special since both of these guys have been struggling though injuries and are nearing the end of their career.

However, what I want to focus on is a few of the strengths each of these legendary competitors leverages and how you can tap into yours.

Roger could not do tennis Raffa’s way and Raffa could not do it Roger’s way. They have been tapping their own individual talents and strengths for years. They have been mastering their craft year after year, beyond where they are supposed to be. Still competing for the worlds largest prizes because 1mm at a time they make adjustments.

The most complete player ever. The most skilled and unbelievably dedicated to master his craft. An ambassador to this sport and sport period.

The most driven player player ever. You will never out compete him. With intensity and emotion he grinds his opponents down until they have nothing left.

How do you complete your own list?
How would you want someone to describe you at the end of the year or the end of your first or second career?

If you have been on my team, you will have taken the strengths test below. I took it for the first time 8 years ago and have been making 1mm adjustments every year since then.

I think its in every ones best interest to manage their own career and build awareness in their own natural talents and work with people around them (peers, managers, mentors and senior leaders) to master their craft.

Whether you are into your new year already or finishing the fiscal year end with us at Salesforce January 31, the new year will be in full swing in early February.

Invest in yourself
Spend $15 (3 cups of coffee) and take the survey
Read through your top 5 strengths and recommendations and marinate on them
Take them to peers, mentors, and your manager and ask them to help you master your craft 1mm at a time…..

Until you are competing at a world class level of performance!