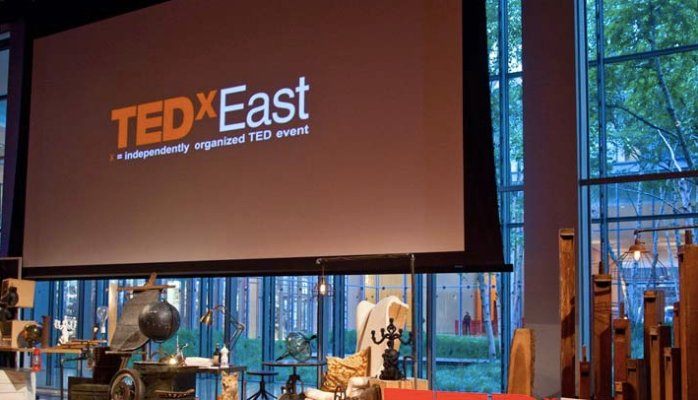 Barri Rafferty is a CEO of a major PR firm and she joined us at TEDX in May to share an identity crisis she went through as a women CEO. She was attending her first World Economic Form in Davos and as she arrived she noticed only 15 percent of the attendees were women. It really hit home for her when she was asked multiple times during the event “whose wife she was”.

This was one of the biggest learning opportunities of her life and yet she couldn’t shake this feeling that nawed at her all the way through the event. It was really an “identity crisis for me” as she described.

As she got home from that trip she wondered, was she a mother or wife first or a CEO?  Could she be all three or did she have to choose?

She was mentoring young women in her company, but was there something more she could be doing?

It started her on the path to champion gender equality in her company and to help mentor and provide the opportunity that would change that 15 percent experience in Davos and especially in her own company. She created a full time position at Ketchum PR that focused specifically on programs to support the initiative.

As she soon realized, she had found a cause she was passionate about, that fueled her to act and really take a stand for inclusion.

Her major in life is being a friend, wife, mother and a CEO…and her minor is championing gender equality inside and outside of a top 5 PR Firm.

It got me thinking, does everyone know what their minor is.  I’ve certainly been first unknowingly and later knowingly been working on my minor for a good 10 years. It was a good friend who first got me interested in a deep dive in on health, nutrition and rapid learning through books and podcasts. In my 20’s I rarely read outside of University coursework. In my 30’s I started reading everything. It fueled a fire in me to learn more about myself every year than I did in the last.

At some point along the way I started sharing it back.

I had the opportunity to speak with Barri Rafferty at the after party event for TEDx. I wanted her to know she synthesized the message in a way that was easy to share with others and that as a representative of Salesforce it was right inline with the stance Marc Benioff has taken. She is a big fan of Marc’s and was very complimentary of the stand he has taken. Together these leaders are showing through personnel crisis or corporate responsibility there are opportunities to stand for yourself and for one another.

As I think about my own statement here is my first crack at it.

My major is being a friend, a son, a leader, a mentor and my minor as a life long learner is to give back and pay forward everything I have learned.