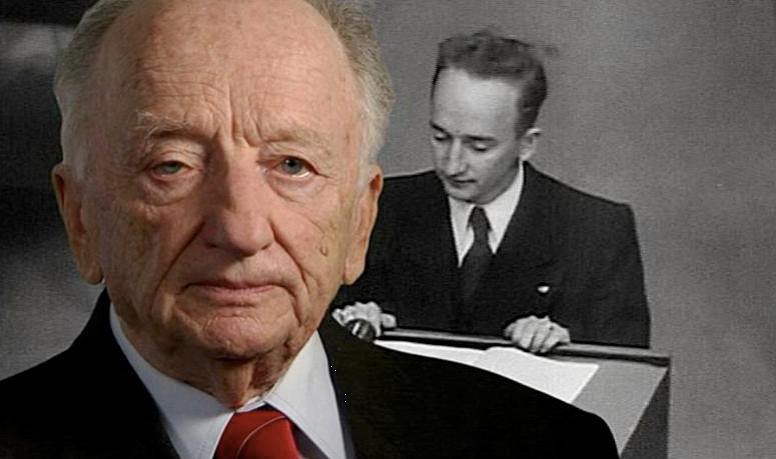 A few weeks ago, Leslie Stahl interviewed the remarkable Ben Ferencz for 60 Minutes.

At 97 years old and barely 5 feet tall, he earned an unlikely place in history as the last living prosecutor of the Nuremberg trials.
The trials were the first international wartime tribunals ever held. Ben was in his 20s and had never been in a courtroom before leading the prosecution against 22 members of a special SS “action group” that followed the German army as they invaded the Soviet Union, killing over one million Jews in their wake.

All 22 officers were found guilty thanks to Ben.

You can tell that Ferencz is still as sprite, fit and hopeful as ever, swimming laps, lifting weights and doing 100 pushups a day! He spent the rest of his career and much of his retirement creating international criminal courts, like the one in Nuremberg, and fighting for peace throughout a warring world.
Some amazing take aways from this interview:
“War makes murderers out of otherwise decent people. All wars and all decent people.”
“It takes courage not to be discouraged.”
“You shouldn’t be despairing because [something] never happened before. Nothing new ever happened before!”

Watch the interview sometime this weekend. I promise it will make you smile and hopeful for a peaceful future for us all.