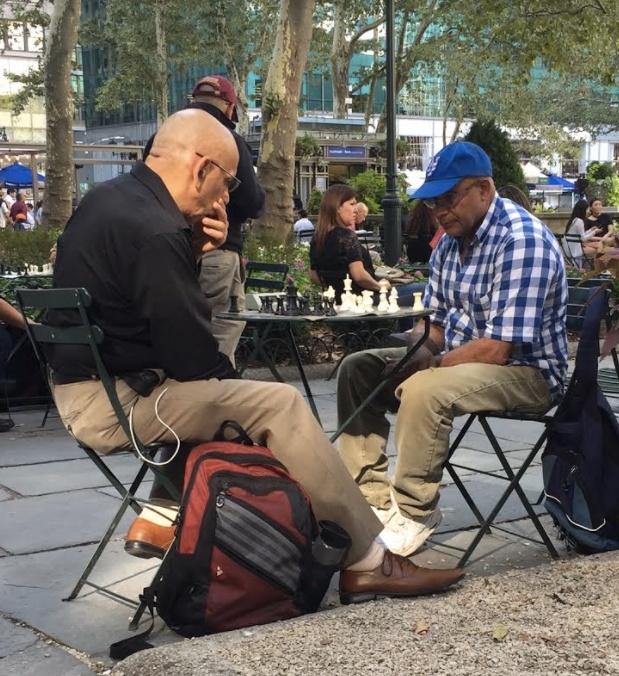 I was taking a break in Bryant Park next to Salesforce Tower NYC and sat down in an area designated for games (lots of kids!) and a mature crowd playing Chess.

There has been some great chess movies over the years, that highlight youth learning to play in speed chess.

As I watched these two veteran players, the speed (and corresponding time tracking device they hit after each move) they played at was amazing. They were putting one another under pressure, under forced anxiety as they pushed to win the match.

How can you put yourself into more forced anxiety situations with the safety net of camaraderie behind you?