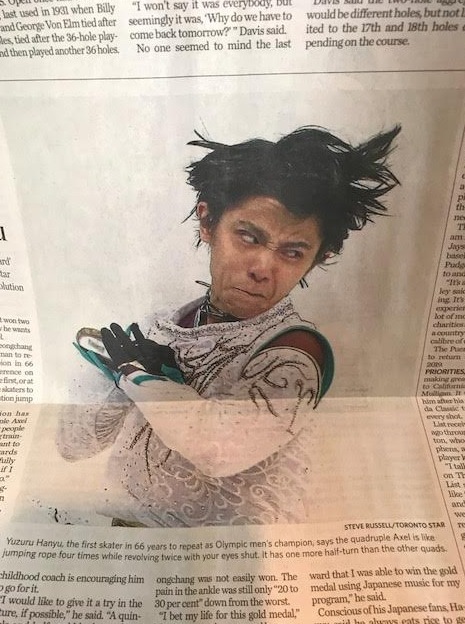 Yuzuru Hanyu from Japan just repeated as men’s Olympic figure skating champion for the first time in 66 years. As a proud Canadian, I watched many a Winter Olympics and this was always a big sport for our winter nation.

Watching every Olympics in the last 30 years I remember the battle from the worlds best skaters. Often from the US, Canada, Russia, and Japan.

When asked what Yuzuru’s focus is after delivering a historic performance in Pyeongchang, Korea in summary he said, I’m focusing on landing a quadruple Axle (4.5 revolutions). 15-20 years ago the quad was just starting to be practiced and not landed in competition. Now he and others are landing them left and right.

Why is this guy on top?

Because he keeps pushing boundaries and his own human potential. He thinks he can do 5 turns because a scientists say it’s possible.

When asked to describe what doing 4 revolutions on the ice feels like he said: “think about jumping rope (double unders but four double unders plus doing two revolutions with one eye closed.”

How can you stretch for that extra revolution today?