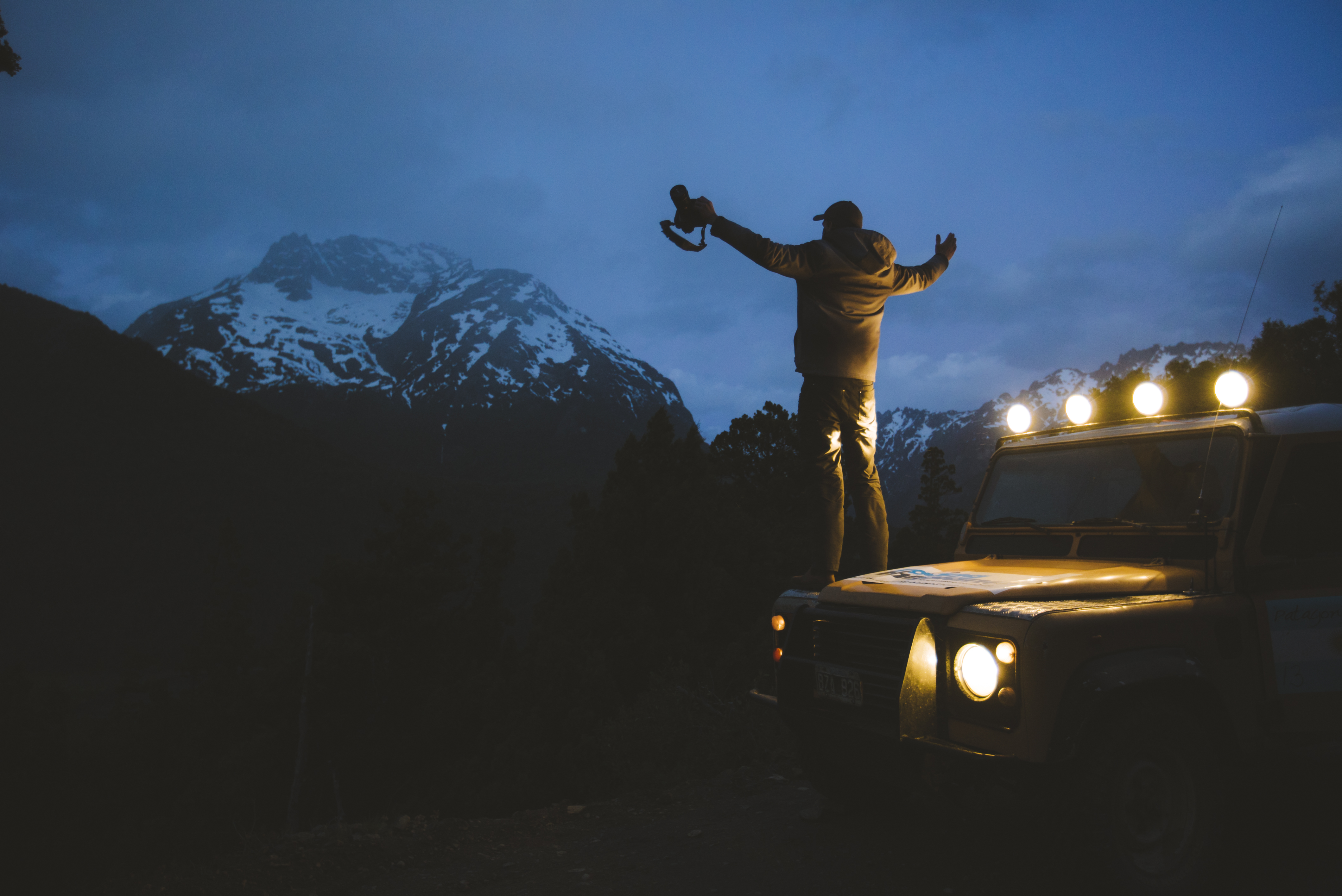 “I think there is so much aversion to risk-taking. I don’t think that’s the right direction we should be going. You have to take risks if you want to learn anything and expand the self-imposed walls we put around ourselves.”

I’ve traveled the globe adventuring, and what I love just as much as exploring is trying to share the experience with others.

In 2017 I committed to training for a race I wasn’t sure I was even going to. We were trying to have a child and Zika (remember that?) was in many different parts of the world, including South America.

It’s hard to train for an unknown but I knew it may be my last chance before a life change and having children. Luckily, we were successful early and Blake gave me the pass to go to a magical place I had always wanted to go.

Two months before the race, my film partner and I, Peter came up with a plan. He was coming to Argentina!

I’ve always been a film and adventure fan as long as I can remember.

My training was dedicated to Blake and our unborn daughter at the time.

This mini-documentary would not be anything without my partner in crime Peter Ohara. Check out some of his epic pictures! Peter is a rising star in the world of adventure photography and film.

After having our 10-minute mini-documentary Defeating Average selected to a few mountain film festivals in the last year, we are releasing publicly in June.

I will be sending it to all of you FIRST!

I would love your support in sharing it with your community.

You don’t have to climb a mountain, run a marathon or ultra-marathon to do that.