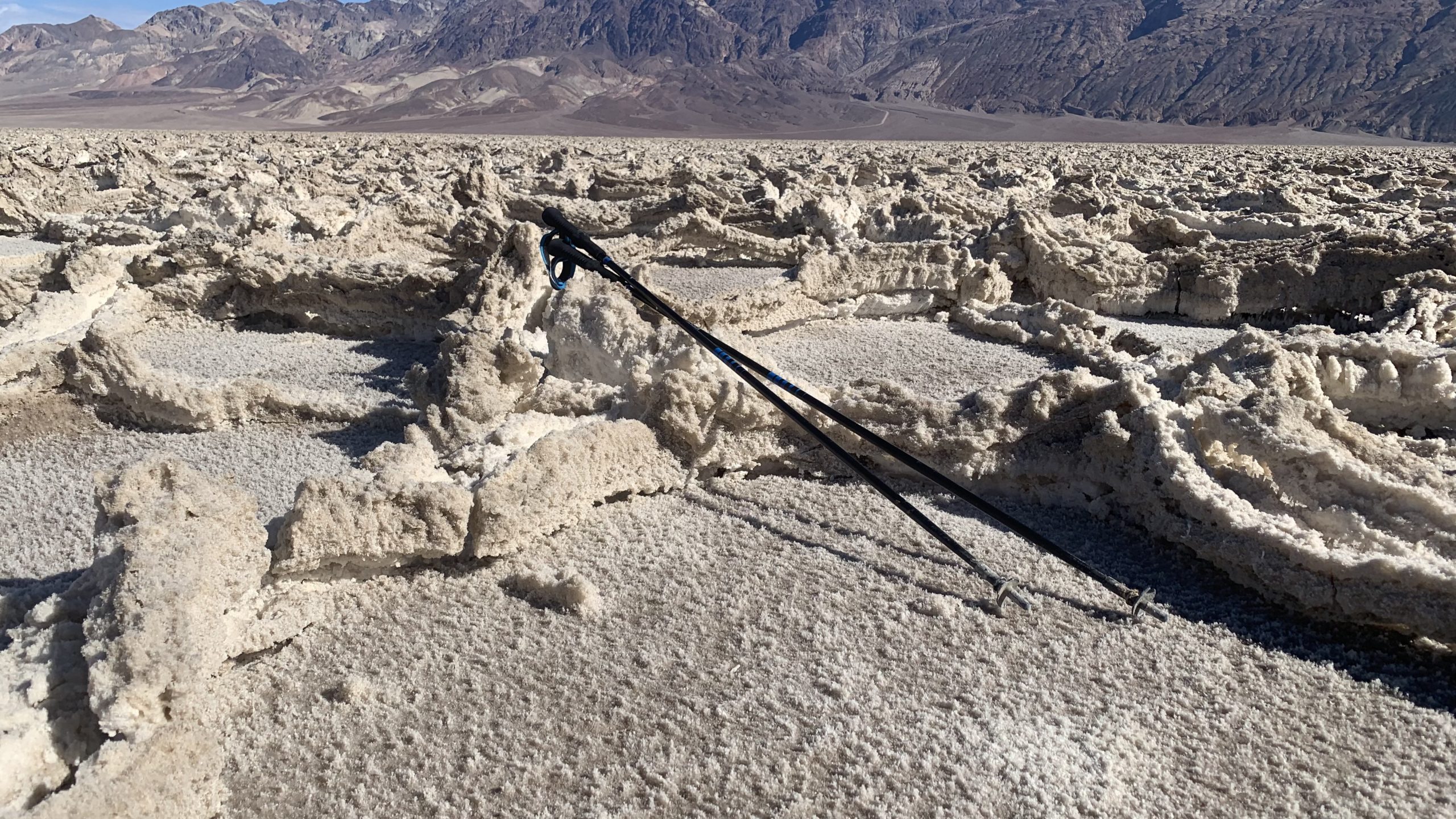 I spent the last week hiking 100 miles through Death Valley with my running Mentor Ray Zahab and 4 other hikers and a support guide.

“Keeping on the same trail with easy terrain can seem like the right way, but you need to have the courage to follow your way points, what you know is true and take on tougher terrain to prioritize safety, hydration and success. Committing to the wrong path can be deadly.”

Ray crossed the Canadian Arctic three times, the landmass of Antarctica and ran 4,500 miles across the Sahara Desert in 100 days in 2009, which was turned into a film “Running the Sahara” narrated by Matt Damon. In 2011, 2014 and 2018 he crossed Death Valley North to South and East to West at the hottest time of the year, in July. Death Valley is the lowest altitude on earth, down to 250 feet below sea level and has been measured as the hottest place on earth. Earlier this year 134 F!

Ray is the only person I would go through Death Valley with. We had temperatures of 80 F to 97 F.

The first four days were challenging terrain and hot. Day 5 and 6 had the most brutal terrain I have ever encountered. Six terrain changes in one day (flat sand, deep sand, hard crystallized salt, salt rivers, big crusty salt planks and one foot high sharp fan like structures.

The big salt structures you need to carefully step over, can go on for miles. We were moving at less than a mile per hour in some areas.

As we got into the centre of the field of high salt structures, Ray really laid down an education on Death Valley.

“This is why people die in heat and specifically in Death Valley. Three people died this past July. A couple just a half mile from the road. If you don’t have enough hydration and electrolytes (salt balance for the body) and you get into the centre of where we are right now, you are at high risk. It’s easy to get confused, be worn down, fall down and injure yourself and make mistakes. It’s at least 3 miles or 3 hours in any direction from where we are right now to exit the park. Without the right hydration, direction, will power and capability, you are dead.”

So after that pep talk, we all took another sip of water from our filled up blatters, watched our steps and moved as a unit.

Are you on the right trail? How do you know?

Are you prepared for brutal terrain physically or mentally ahead?