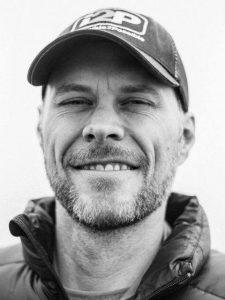 Colin is the Vice President, Global Sales Leader Coaching at Salesforce.com. He’s a proven sales leader with over 20 years of sales and leadership experience at Salesforce and Xerox Corporation. Colin earned his business degree from the University of Alberta in Canada. In his spare time, he competes in multi-day, self-sustained, adventure races in some of the world’s toughest terrains, including China, the Atacama desert in Chile, Iceland, and Antarctica. Recently he competed as a team in Patagonia, Argentina.

In August 2020, he and his partner Peter O’Hara will release a mini documentary called Defeating Average.

How can I create opportunities for youth and young professionals to unlock the power of resiliency and build the mindset to be focused, effective, and self-aware?

This is my big centering question for 2020.

Definition: the capacity to recover quickly from difficulties; toughness.

It’s what I needed and didn’t have when I was younger, so I personally know the impact. Our younger generations really need mentorship now to survive and thrive in this environment. In fact, they need it to reframe this crisis as an opportunity to learn, grow, and find their next gear in the marathon of life.

A journey of a thousand miles begins with a single step.

My parents split when I was 2 years old. My mom was my rock, 100 percent. I would not be who I am today without her sacrifice. She gave up a career to take a job that offered more flexible hours to take care of me.

I had a lot of questions when I was younger and didn’t feel like I had the ability to get a lot of the answers. I was an only child and spent a lot of time on my own. I didn’t have older brothers or sisters to guide me. I relied on friends and their siblings but something was always missing.

I liked being part of sports teams to feel that belonging. I was an average athlete in most sports. Hockey, soccer, tennis, golf and track & field. My best was track. I always came 4th! I didn’t get a medal until my very last race in my last year of high school.

I started my first job selling photocopiers for Xerox on 100 percent commission. Pride swallowing work. I was pretty stubborn and persistent and with the help of peers had some success early on.

In my 9 years at Xerox I rode the roller coaster of success. Some great years and some tough ones. I was inconsistent and lacked accountability. I also was not focused on learning outside of my job.

I never liked running long distances! I was part of the high school cross country team and only competed to be with my friends.

I didn’t return to running more than 3 miles until many years later when I trained with a friend for a half marathon. We had so much fun we decided to run the NYC Marathon later that year. I learned I enjoyed the process of training and a small spark was little to help drive more consistency and accountability into my work.

In 2005, I joined Salesforce.com as the 10th employee in Canada and approximately 1,000th worldwide. I had no idea the journey I was about to start on.  I had a couple years of great success and then returned to my old ways with a couple years of rough results during a tough time period through the financial crisis. I didn’t have resilience and toughness. I was not able to recover quickly from difficulties. 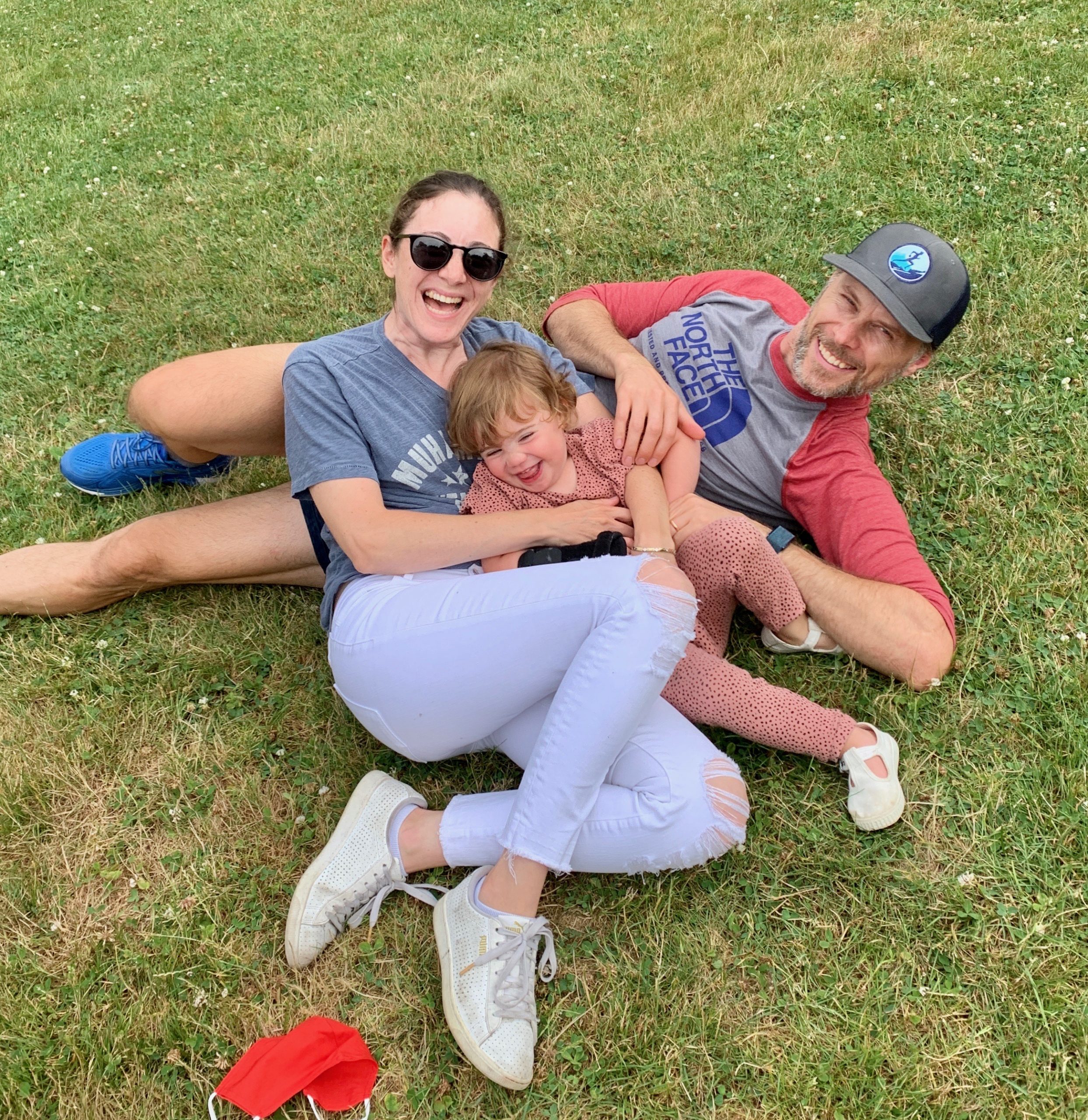 In my life, I have failed many times!

I have been inconsistent. I’ve lacked commitment, and I’ve let opportunity pass me by.

I’ve been fortunate to learn these skills working in sales and leadership at one of the fastest growing software companies in the world over the last 15 years.

What I learned through that humbling two year period including a soul searching trip to Africa to climb Mt. Kilimanjaro, I was not as tough as I thought I was. I was not accountable to my goals when times get tough. I was not creative in overcoming obstacles. However, with a group of 6 people I didn’t know and a band of amazing local support staff from Tanzania I found the will and the way to overcome many challenges on the way to their roof of Africa. One day, one step at a time. I pushed myself harder than I ever had before or thought was possible. Along with connecting deeply to nature on a Safari that celebrated our success and raising money for a local school in Arusha, another spark was lit that would be the first step on a ten year journey.

I started to feel like I belonged. Like I could do hard things. Little did I know it was just the beginning and there would be much harder and exciting days ahead.

I came back and took responsibility for my career. For being consistent and accountable. I started to build the foundation for leading by example as an individual contributor for the next two years and then took on being responsible for others and managing my first team.

In parallel I started a new track of learning into adventure racing, with the support of another mentor. I failed in my first race and again found the resolve to reframe it as an opportunity and go back for a 2nd attempt for success. It was a springboard for more success, confidence and belonging to a high performing group of individuals that raised my standards.

Eight 6-day, 160 mile races later through some of the toughest terrain on earth I have suffered, and leaned into discomfort. I have built capacity, leveraged creativity and mental agility and feel like I can be of service to others.

I was a late bloomer!

I got married when I was 43 and had our daughter Tess Gertie Nanka at 44. I’ve always been a late bloomer in life and still take it one step at a time.

We are in challenging times.

In 2008, 2009 I felt adrift, frustrated and unable to get momentum on anything as a sales professional.  As I learned to build grit, resilience and the ability to reframe failure into opportunity from Mt. Kilimanjaro (and in my first Ultra Marathon race in 2011) I started paying forward what I learned for those who had reached down to help me.

At the start of this pandemic in 2020, I realized I have the experience, lessons and stories that directly meet this moment.

I’m laser focused to speak to, engage in conversation and support 5,000 people to Defeat Average and unlock the power of resiliency and build the mindset to be focused, effective and self aware and see this crisis as an opportunity. With a north star of 1 million people by 2025.

I’m 14 groups and 700 people through sharing my story and tactics and strategies on how to meet this moment.

What are the values of Defeating Average?

Exploration
Pushing boundaries, discovering, creating magic moments, and being calm in the storm as we take small steps forward everyday.

Trust
Without trust you have nothing. Building many 1:1 long-term critical relationships has been key to my success. A rising tide lifts all boats.

I love learning. It’s my top strength. I focus on learning one small thing everyday and push 1-2 percent harder daily to create a long-term annuity of growth and progress. I share these ideas three times a week in my blog that I have been writing for 10 years.

I am constantly sharpening the saw and mastering my craft by teaching back every week.

I’m still a late bloomer and have a long road to travel to start my next 10 year journey.

The journey is the reward.

We are all better together. 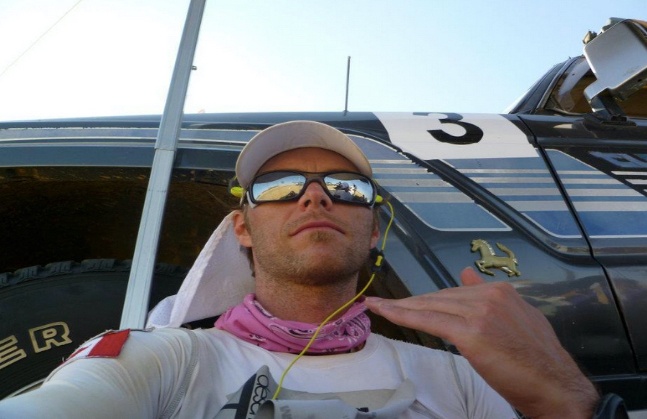 Let me share with you how normalizing failure can lead to high performance.

In 2011, I joined a team of 10 Canadians on an expedition to run across the Sahara Desert – and I was determined I would make it to the finish line. Well….I didn’t. Days before, I had left friends and family back home; excited and nervous about tackling one of the toughest endurance races on earth and now, I was on the edge of an epic failure. This is the exact moment that I pulled out of the race and a picture that both motivates and haunts me till this day.

I didn’t finish this race, but I made a choice that would change the course of my career. What you do with failure is a choice. It can lead you to so much success. It’s what you choose to do with your failure. 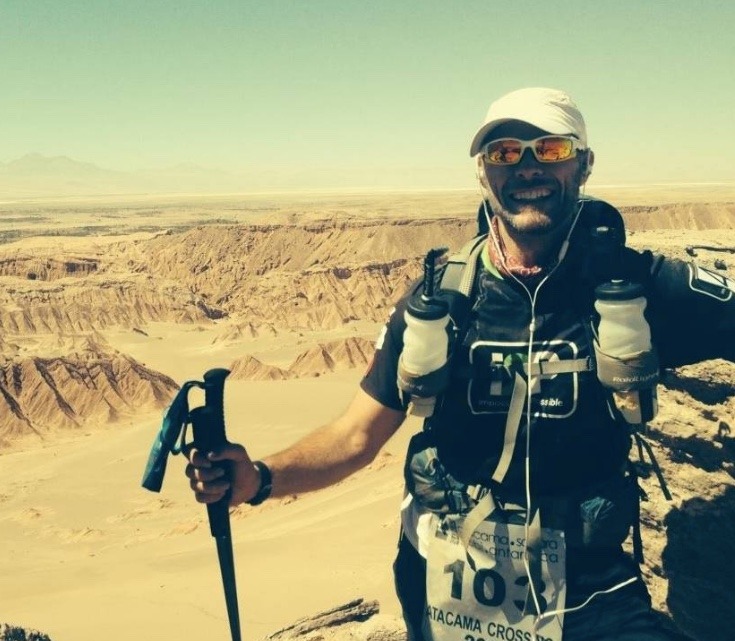 I believe visually accepting the crappy set of circumstances, the grind and suffering you are about to endure, will take you halfway to your goal before you even begin. Acceptance to what is.

In 2012 after my failure in the Sahara desert, I signed up for another race in China. 160 miles in the Mongolian desert. Some say this race is twice as hard, running up to 9,000 ft elevation. This time with the support of my business coach and a running coach I put a program together that focused on the mental challenges I would face.

I will share with you how I conquered some of the most challenging terrain on the planet. 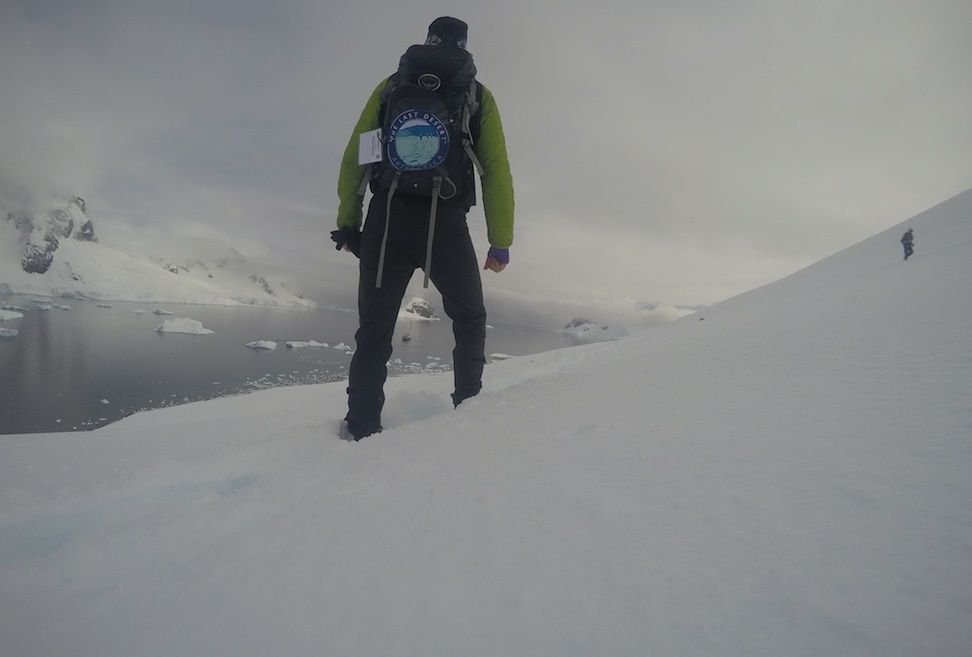 Less than four weeks out from starting my sixth Adventure race I sprained my ankle! Eight months of training potentially down the drain as one of my dream adventures flashed before my eyes. Was I done? Could I recover? After getting over the shock in the moment I limped home to lick my wounds. After an hour of feeling sorry for myself, I got motivated and got in touch with my team to put a plan together.

Let me share with you how I reframed and reset my goal in order to just get to the start line of the race.