Hear from the Community 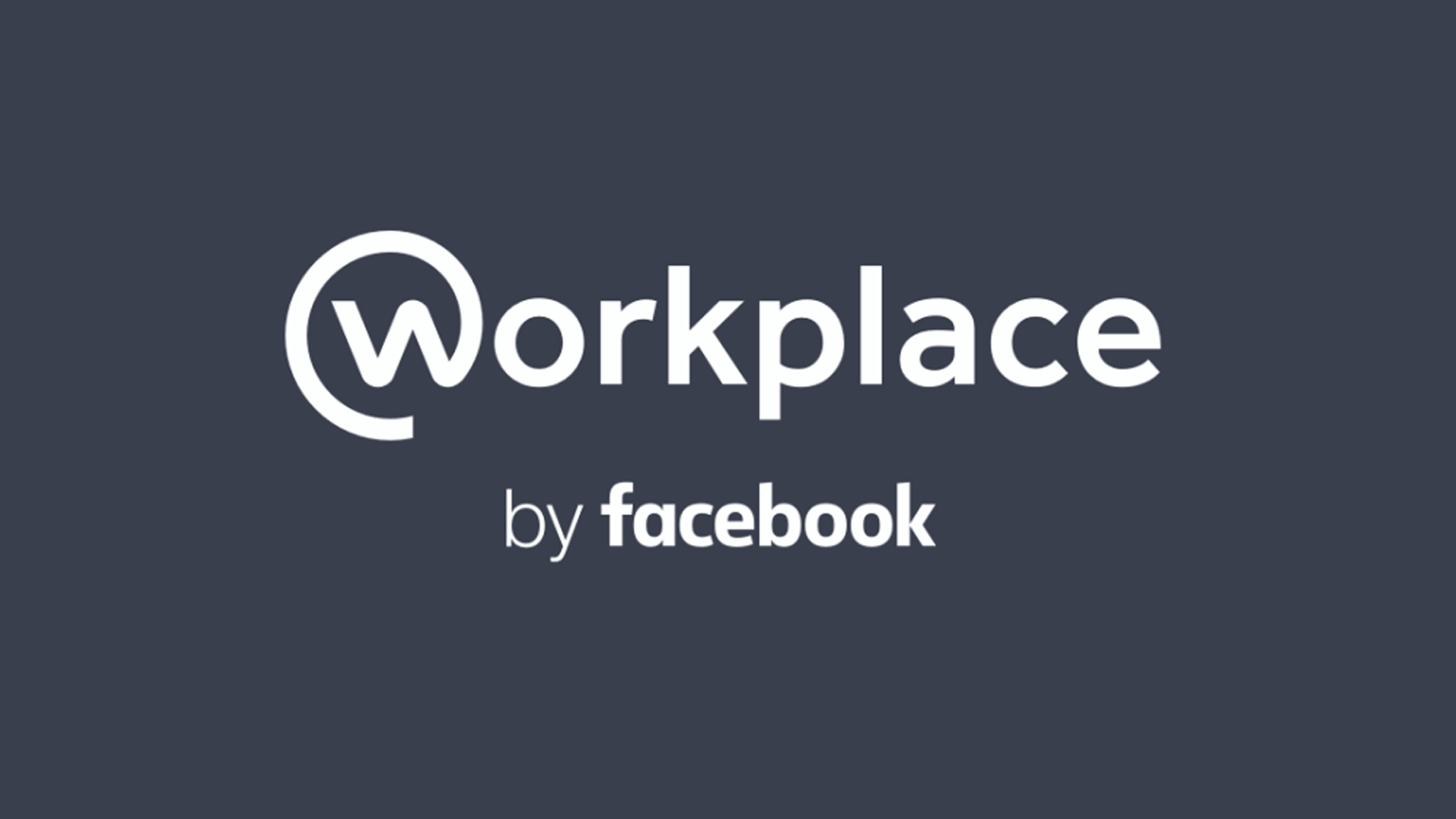 Colin’s Defeating the Average is a program that seeks to create a community of people who embrace a challenge.  Through various mediums, like his daily emails, podcasts and videos, Colin seeks to inspire people into taking that first step towards self-improvement.  Personally, I find that his daily emails help me create space to reflect and learn. Two key ingredients that are critical to defeating the average pattern of thinking we can get into easily.  By reflecting on 1 thing daily I can bring that fresh mindset to the work I do or how I communicate with my family. Colin has really made it easy for me to take that step forward, not once but daily.” 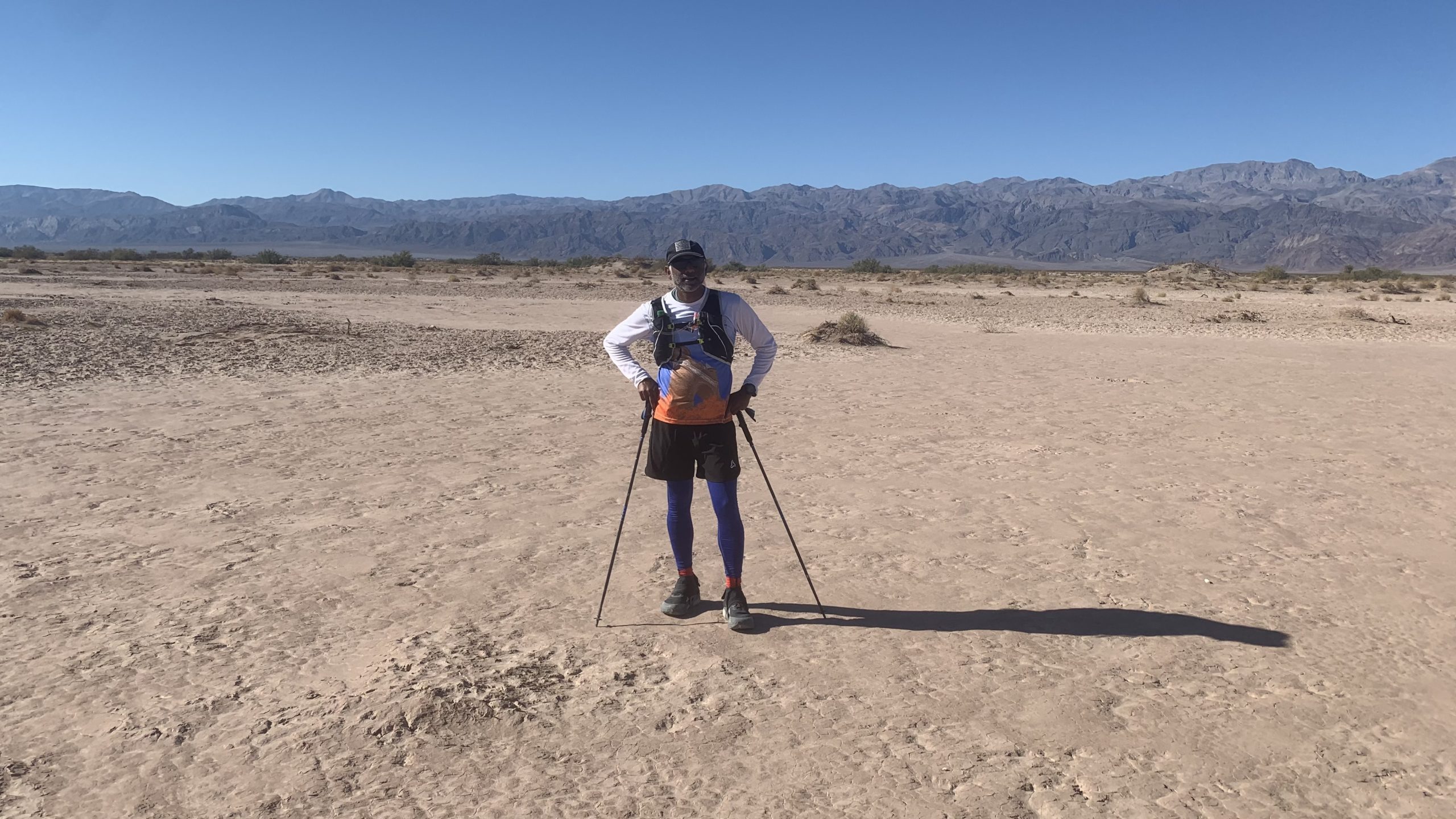 “I visualized being at the top of Everest for three years until I was.”

We sat around the dinner table talking about our first day on the expedition and someone ask Ricky “we heard you climbed Everest in 2019, tell us about the experience.”

He said “I climbed for 6 weeks every spring in Nepal with the team I assembled over three years. We practiced our skills and build trust constantly. When back in the US I spent a little time each night visualizing success. I saw myself at the top. I saw through any obstacles. Skills will only get you so far in Everest. You need belief in yourself, confidence you can handle anything that comes your way.”

As we hiked Death Valley this week he got me thinking about my values.

Trust and learning have always been my top two. For me part of exploration is courage.

To be different, think differently, challenge boundaries. He was one of the most curious people about life I have ever met.

Ricky had the courage to believe he could make the highest point on earth.  He planned for it meticulously. Three of four people on his expedition made it to the top. All made it off safely.  Ricky lost two fingers to frostbite on the way down.  A simple mistake taking a glove off at the wrong time. Other mistakes could have been much more consequential.

Part of what I love about these adventures, are who you meet and what you learn about them and about yourself.

What do you want?

How can you meticulously plan to make it so? Visualize its completion.

How can you be a little more curious learning from others. 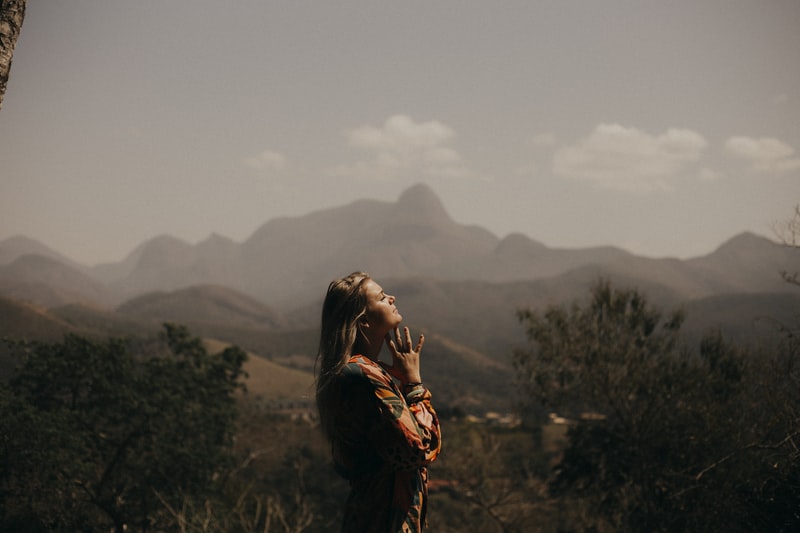 “Anticipate and welcome the unanticipated problems and permit an exercise into transcendence vs. tragedy. Take out the negative energy and turn it into action.”

I have been listening to Ken Burns interviews as he prepares to launch his PBS 4 part series on Muhammad Ali!  I can’t wait.

From a legendary documentary filmmaker, words of wisdom on how he prepares for films for life. 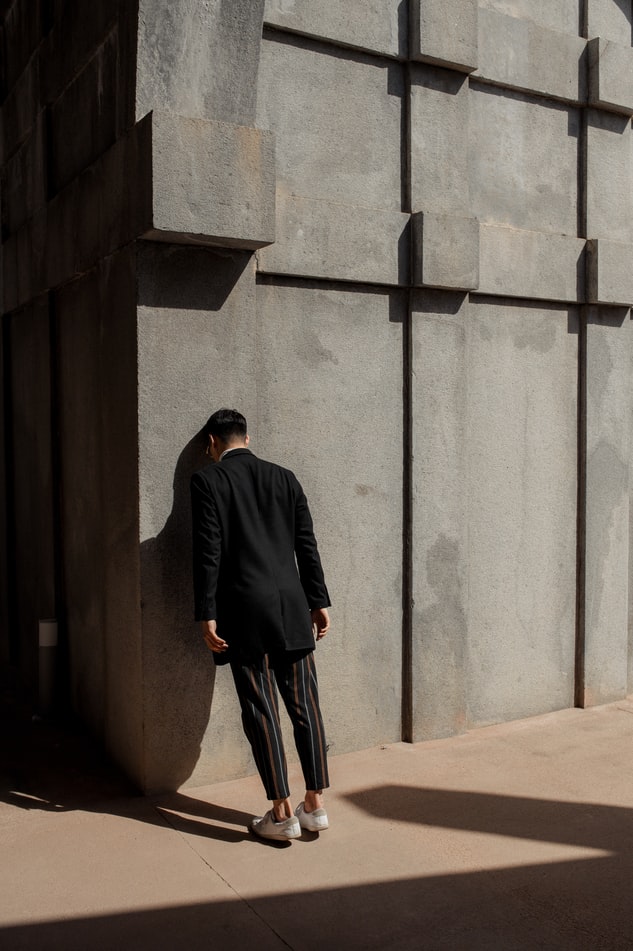 There is a lot of ambiguity in the world right now. We are coming out of lock down. Life is getting back to normal. There is a new virus variant, we may be retracting, putting more strict measures back in place?

How does that make you feel?

I think we have all felt these emotions. I certainly have.

We are entering a new uncertain future.

The leaders of tomorrow (and this includes leading yourself and your family), are people who can adapt, pivot, grow, learn.

Attitude can lead you through ambiguity.

Recovery for mind and body can lead you to the right results.

Living (and showing others how) through your values leads to victory.

Understanding and empathy helps lead you over the mountain pass of uncertainty.

We are all in it together.

I will be on PTO for the rest of the week and taking a break from writing to spend time with my family.

Have a great week. 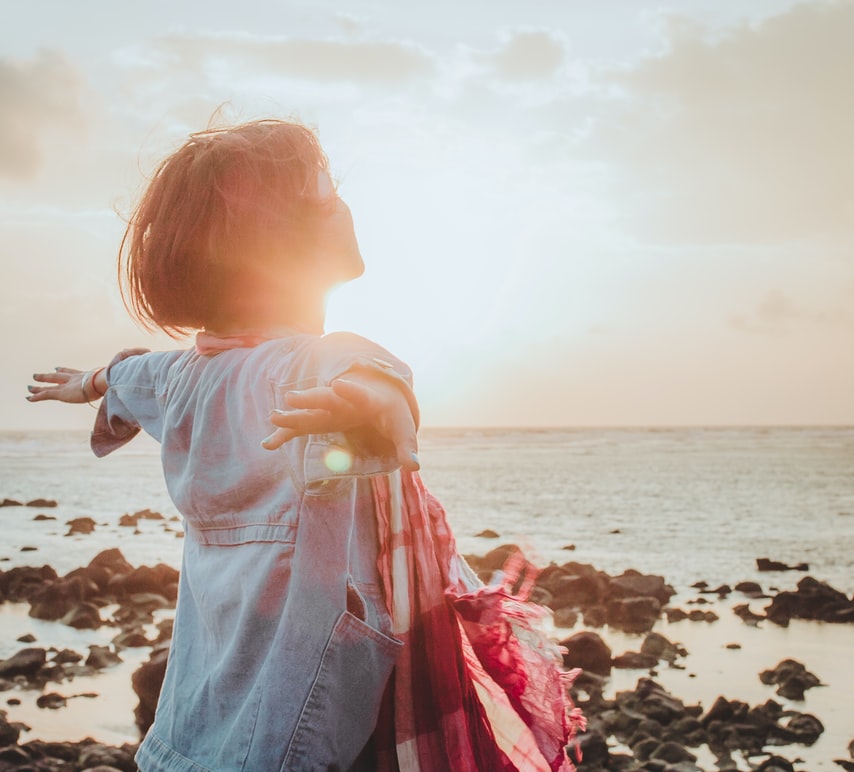 In a recent article published in Axios titled the Great Resignation Wave, surveys show anywhere from 25% to upwards of 40% of workers are thinking about quitting their jobs. Similarly, a UK and Ireland survey found that 38% of employees were planning to leave their jobs in the next six months to a year.

I’ve read and heard from many people:

If you are a leader of a team or an aspiring leader, here are some things to think about:

People are making family decisions more than ever before in this pandemic.

We need to be closer than ever before to our people when we (currently) lack the ability to see most of them in person.

Lead and treat people how you want to be treated.

Defeating Average in growing your team and family. 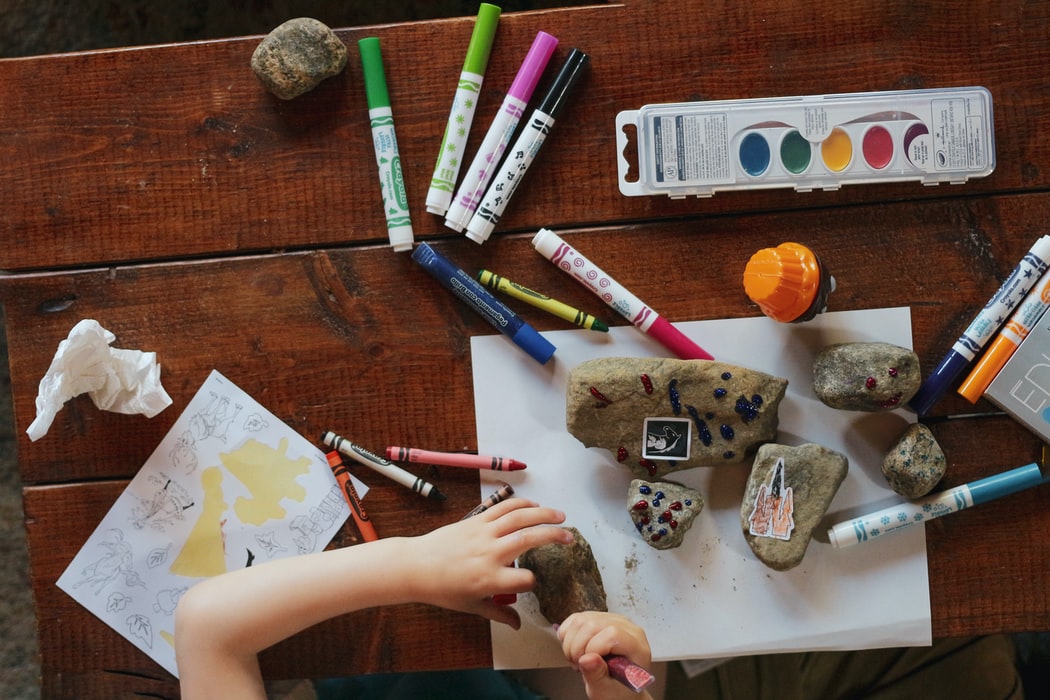 Passion, joy and something to look forward to is an anecdote to anxiety.

When I was 8 years old, a couple friends and I would call up local businesses and ask if they could send us a few of their business stickers.

When I think of it now, it sounds a little absurd.

On the other hand, we were very committed. We repeated exactly what we were up to and why we wanted the stickers with no apologies.

“We collect business stickers. We have a big album. We have them from all over Alberta.” (My home province in Canada).

Shiny ones were the best. Often long haul trucking companies had sparkly ones, even better.

Some people would take our address and pop them in the mail. Others would ask us to send them an envelope with return postage. Either was good.  We ended up getting a surprise in the mail and split the stickers.

Maybe I am thinking about it more as Tess starts to grow up and has all sorts of hobbies.

Whether it’s kids, nieces, nephews or for yourself, passion, joy and something to look forward to can be a critical part of a challenging year. 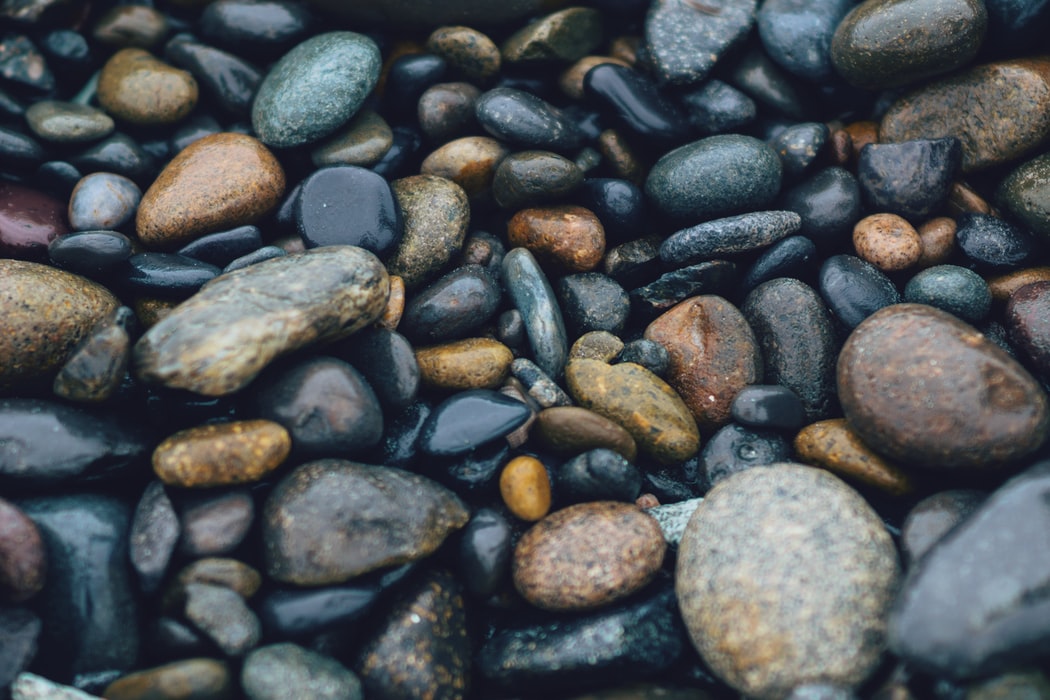 I had a rock tumbler when I was younger.

For those who have not heard of it, it’s a small cylinder that spins or tumbles. You put stones in it with some small pebbles that wear down and smooth your stones.

You leave it running for a few days.

When it’s done you have some beautiful smooth stones and you add to your rock collection.

I was thinking of this lately and why I enjoyed it.

It made me think of how people invested in me and now transitioning to how I invest in other people.

The stone continues to tumble, get smoother and shine.

Defeating Average one tumble at a time. 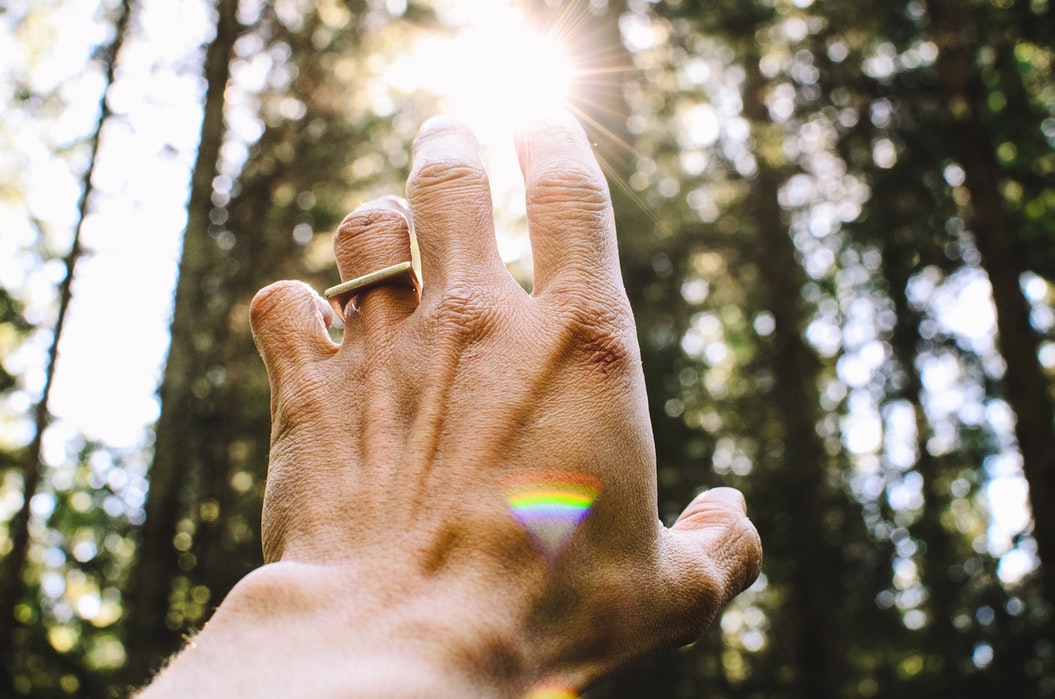 “Pay attention in the present moment. Drink your tea slowly and revelry, as if it’s the axis on which the world earth revolves – slowly, evenly without rushing towards the future. Live the actual moment, only this moment is life.”

It took me three days on a week-long vacation to SLOW down, rest and restore.

I had naps in the afternoon instead of writing.

I meditated longer in the morning instead of rushing to get a workout in.

I played in the ocean longer with my daughter Tess, instead of heading to the beach and chunking through the book I was reading.

I was less achievement oriented and I feel like I am coming back more rested!

I lived more in the moment. I did less, and went deeper.

In the end, what’s it all for?

This is one of my daily questions I answer.

I spent some time documenting good moments during the days. Something I can refer back to.

Hopefully I can bring at least 2%+ more of this theme back into my work world and find synchronicity between work, family and life.

Defeating Average by taking all your PTO.

It was after two years of really great success for me and then two years of failure that had me look in the mirror and reevaluate how I approached business. My secret sauce of being a great hardware seller hit a wall in 2008 when every purchase by customers was scrutinized to the nth degree. I realized I need to learn more…myself, from my peers and other people in the industry.

I had some solid skills and was not sharing what I knew freely with other people. One day I decided I was going to give away my best ideas to my peers (and who I somewhat saw as competitors), pay it forward, and ask for help in the process.

What I quickly realized is my two hot pieces of secret sauce were dwarfed in a good way by the 10 nuggets of wisdom I quickly got back. From that day forward #growthmindset was my number one focus.

I believe we are at this inflection point again. The world is too complex and companies are matrixed so that you cannot do it alone.

Summarizing from a recent Adam Grant article on CNBC I think he covers it beautifully.

“Takers see the world as a hyper-competitive rat race. Since they assume that no one else will look out for them, they place their own interests first and last. They may choose to help others strategically, but only when the benefit seems to exceed the cost.

Matchers operate tit for tat. When people do them a favor, they repay in a capacity that is no more, no less. And when they help someone, they expect the same in return.

Givers focus on others more than on themselves. They pay close attention to what people need from them, whether it’s time or ideas or mentorship. A rarity in the workplace, according to Grant, their style is more typical of the way we treat family and friends.

In any given field, you’ll find givers near the top of their career ladder. As they pay it forward, according to a number of studies, givers make for more efficient engineers or higher-grossing salespeople than takers or matchers.

Grant proposes that these high performers are strategic in the choices they make and the limits they set. This, of course, is what also makes them more appealing and desirable to employers.

Most of all, they’ve learned how to get help when they need it, and they’re skilled at receiving as well as giving. “Successful givers are every bit as ambitious as takers and matchers,” Grant writes in his book. “They simply have a different way of pursuing their goals.”

Highly recommend reading the rest of the article and reading any of Adam Grant’s books! 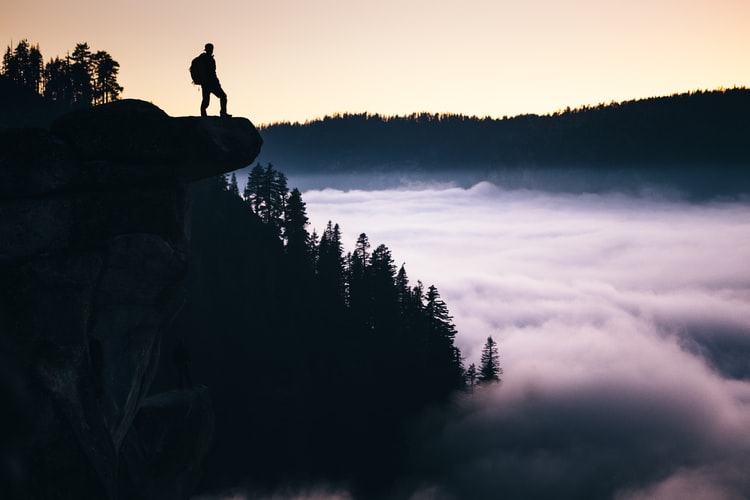 “Start where you are. Use what you have. Do what you can.”

I heard this quote today and it made me think of many different stages of my life.

If I could go back to my younger self and give me this advice I would have said.

Start where you can

Use what you have

Do what you can 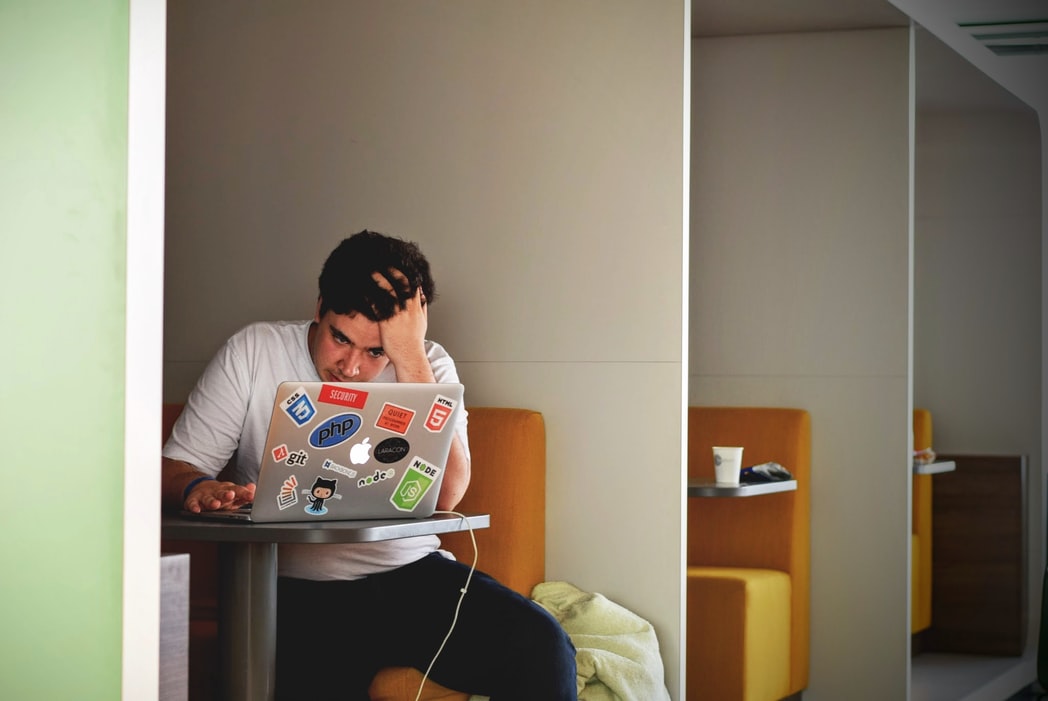 I was listening to a podcast last weekend as the guest was answering a passage stuck out.

When I am overloaded, “my stressful thoughts overtake my ability to focus” and I thought yes, that is how I feel some days!